TORONTO, ON [December 7, 2022]– At its recent Annual General Meeting, the Ontario Association of Gastroenterology (OAG) elected Dr. Emily Ching, its first female President, for the 2022-2023 year.

TORONTO, ON – [November 26, 2020] The Ontario Association of Gastroenterology (OAG) elected Dr. David Morgan as President for the 2020-2021 year at its first-ever virtual Annual General Meeting.

The unfortunate killings of people in the black community in the United States of America have triggered widespread outrage.  These atrocities shine a bright light on the lack of respect and value for the lives of people of colour.  We, at the Ontario Association of Gastroenterology (OAG), are saddened that racism remains a pervasive and systemic problem in North America and strongly feel that Canada, as a society, must take both immediate and long-term steps to counter it. We envision a country in which every person is afforded equal opportunity to be the best they can be.

Black lives matter!  To be silent is to be part of the problem and not part of the solution!  As leaders, we have a duty to denounce the inequality, intolerance, and violence against visible minorities. Words are important, but words are not enough.  Only sustained action will bring about change.  We call on our members to confront bigotry and prejudice honestly and boldy so we can dismantle racism, inequity, and injustice wherever it may be, and for as long as it persists.

We stand united with all our partners in healthcare and other segments of society in seeking ways to make meaningful change. In this regard, we echo the sentiments recently expressed by our colleagues at the Canadian Association of Gastroenterology (CAG) fostering a fully inclusive Gastroenterology community. We are committed to work with our partners, including CAG, in creating and promoting initiatives to make this a reality.

The OAG Board of Directors

TORONTO, ON [March 23, 2020] - The Ontario Association of Gastroenterology (OAG) has been monitoring the situation around the Coronavirus (COVID-19) as it continues to escalate across our province, the country and around the world. We need to do our part in trying to “flatten the curve”.

Nothing is more important than the health and safety of our members, volunteers, industry partners and staff. The OAG is taking steps to support social distancing to help arrest the spread of this virus. 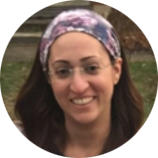 Liron Birimberg Schwartz obtained her medical degree at the Hebrew University of Jerusalem. She completed her internship and pediatric residency at Shaare Zedek Medical Center in Jerusalem. Liron is currently in her 3rd year of training as a fellow in the division of Gastroenterology, Hepatology and Nutrition at the Hospital for Sick Children Toronto, Canada.

Following successful publications in the field of pediatric IBD, Liron has now decided to focus her training on pediatric pancreatic diseases and gastrointestinal manifestations of Cystic Fibrosis. Her research, under the mentorship of Dr. Tanja Gonska, includes developing in-vitro models for the testing of CFTR-modulating drugs using intestinal tissue and the study of pediatric acute pancreatitis.

TORONTO, ON – [November 28, 2017] The Ontario Association of Gastroenterology (OAG) elected Dr. Imran Rasul as President for the 2017-2019 year at its recent Annual General Meeting in Ottawa. 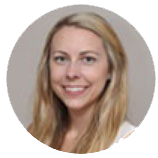 Dr. Katherine Prowse completed her medical training at MUA after a four year B.Sc. in Chemistry at Dalhousie University. At Northeast Ohio Medical University/Akron Children's Hospital, she completed her core Paediatric residency program and Paediatric Gastroenterology fellowship at McMaster University. She is currently in her final year of the Clinical Investigator Program at McMaster University.  She is conducting research on the Influence of Antidepressants in Pregnancy on the Microbiome of the Offspring. She is also pursuing her Masters of Medical Science focusing on the microbiome, predictive genomics and metabolomics exploring their involvement in intestinal inflammation under the supervision of Dr. Elyanne Ratcliffe.

The Ontario Association of Gastroenterologists (OAG) and the Ontario Public Drug Plan (OPDP) have a common goal of providing excellence in health care to patients living with inflammatory bowel disease (IBD). With this in mind, the OAG formed a consensus group to review the current Exceptional Access Program (EAP) reimbursement criteria (updated August 1, 2015) for the use of biologic therapies in IBD in Ontario. Taking into consideration recent treatment guidelines and the most robust clinical data for all available therapies, this group developed several recommendations that will further align the EAP criteria with current evidence.

Ontario Association of Gastroenterology Consensus Group:
Statement on the Introduction of Subsequent Entry Biologics in Canada

The introduction of subsequent entry biologic (SEB) therapies provides an important opportunity to increase treatment options for both patients and providers and to improve the collective affordability of biologic agents. However, the complex structures of SEBs make generation of biologically identical molecules a challenge (Devlin et al., 2013), and even subtle differences between SEBs and innovators may translate into clinically relevant variations in efficacy, safety, and immunogenicity. Such variations are of significant concern to the Ontario Association of Gastroenterologists (OAG) and several other groups (eg, the Canadian Association of Gastroenterologists [CAG]) (Devlin et al., 2013; Endrenyi et al., 2014), as patients with inflammatory bowel disease (IBD) represent a very sick and vulnerable patient population.

TORONTO, ON – (February 29, 2016) - The Ontario Association of Gastroenterology (OAG) believes that “Colonoscopy is probably the best colon cancer screening test, it's just not proven yet,” according to OAG President Dr. Iain Murray.  “The OAG is concerned that a recent report is being understood as saying ‘don’t do colonoscopies’, and that’s an incorrect understanding,” Murray states. He adds that colonoscopies promote prevention of cancer, thus supporting the current emphasis in health care on overall wellness, and not just treatment.